One of the reasons I started this blog was to find and foster community among my fellow mother-writers, and I’ve already found a lovely one in Maddy over at Writing Bubble. She invited me to join her weekly link up that she co-hosts with Chrissie over at Muddled Manuscript (oh, I love that name) called, “What I’m Writing,” which of course I can’t resist.

This week I’ve spent much of my (minimal) writing time polishing up the rusty bits of a blog post and formatting my very first newsletter (!) that I will be sending out shortly. I really enjoyed writing the newsletter, but felt a bit guilty that I wasn’t working on the novel.

Oh, the novel! It’s like my albatross, but a very special and beloved albatross that I tend to with absolute devotion despite its overwhelming weight and refusal to budge off my neck.

Photo Credit: ultomatt via Compfight cc
They look so innocent flying in the air.

But I will say, I’ve made progress on it this year. Last January I dusted off my woefully neglected albatross, I mean, manuscript – one that sat in a safe (literally, a safe!) for five years. I had finished it just two days before giving birth to my daughter…who is now six and a half. Do the math if you must. It’s not pretty.

Photo Credit: elseniorfox via Comp fight cc
Ok, it wasn’t quite this old.

One day while my daughter was in kindergarten and my son with his sitter, I read the whole thing, from start to finish. I don’t know what I expected, certainly not perfection or genius (I’m not that deluded), but I also didn’t think it would be total garbage (though parts came close). When I finally put the pages down I felt a strange sense of relief. I knew what I had to do. Start again.

I salvaged what I could, about sixty pages, and then cut the rest of it. There is still a file on my computer with 200+ pages that should for all intents and purposes be deleted but I can’t bear to do so, yet. Since then I’ve written many, many more pages, some of which have made the cut while many more have not.

You have to be ruthless as a writer, but you also have to hold onto a certain naiveté or willful ignorance. Dani Shapiro says it well in her book, Still Writing:

That’s what I’m doing as I work on my novel. Some days the task feels so monumental, so overwhelming, it’s like chipping away at a glacier with a toothpick. 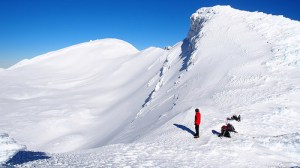 But I keep on going, not knowing what will be saved or cut, not knowing if this latest draft will be good enough to merit an edit, and then, after that, if it will ever be read by eyes other than my own.

I’m writing in the dark, slow and steady like the tortoise because my kids are young and underfoot, and that’s how it has to be, for now.

But I sense with a kind of animal instinct, or maybe just a writerly one, that I’m approaching something with my novel. There is a quickening, a slight uptake in the beating of my heart. I feel as though I’m on a roller coaster, ratcheting up the tracks. Before all I could hear was the steady clacking sound, but now I can see something too, a glimmering in the distance. I am getting closer to the top. Closer than I have been. If I keep going I will finish. And that is my goal.

What are you working on? Are you chipping away a sliver at a time or are you making great gouges? 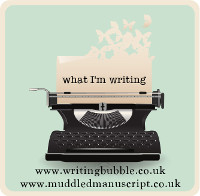 *First of all, congratulations to Carolyn, winner of Anne Lamott’s “Bird by Bird”! Thanks to everyone who signed up for my newsletter. There are still two more great books to give away. Next up is Stephen King’s On Writing: A Memoir of the Craft.

If you haven’t signed up yet, go now! I’m choosing winners at random from my entire email subscription list. (Scroll all the way down for more info.) The next drawing will be on Tuesday, December 23, and the final one on the 30.

Now, let’s talk about some writing – and eating habits… 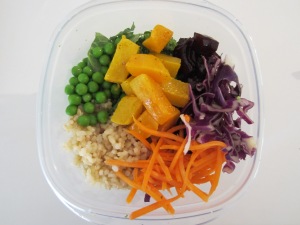 During the thirteen years I lived in Brooklyn, I rarely went to Starbucks. Why would I? I lived in the land of Quirky Cool Coffee Shops (that’s a direct quote from the linked article, by the way, I’m not trying to be a snob), and besides, the closest Starbucks was too far of a walk.

But I love writing in cafes, and the closest one to me in Brooklyn was a little sliver of a cafe called Steeplechase, which had the most delicious cinnamon chip scones (alas, not gluten free). I used to go there once a week when my son had a sitter.

When we moved to New Hope, I knew I’d have to find a place to write. Sure, I had a whole house instead of a tiny apartment, but the thing is, I like the background noise of coffee shops. Plus, I love coffee.

I tried seeking out a cute little independent shop, but seating was a problem. The local Starbucks, however, has some rather comfy armchairs. Did you know they now offer a blonde (light) roast? It’s pretty tasty and far less intense than their dark roasts. Just my personal preference because I know plenty of people who can’t get enough of their regular sludge, I mean coffee.

Anyway, I was also pleased to see that they added some healthy and hearty food options to their menu. Including this awesome salad, which to my knowledge, is gluten free (though not labeled as such):

(Yes, it’s sitting on my dashboard because I was too hungry to take it home for a proper photo shoot.)

So, after buying it several times, I decided to make it myself. It’s a bit labor intensive, but it makes a week’s worth of lunches (unless someone in your household steals half of them…) 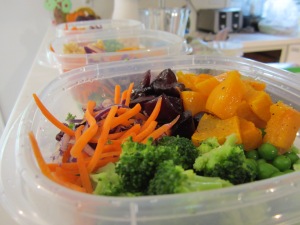 To make things easier, look for precut and shredded veggies, frozen and steam ready packages of broccoli and peas (or whatever veggie you’d like, edamame would be great). Pre cooked brown rice would be awesome. Can you tell I love short cuts?

1. Chop up your kale into bite sized pieces. You really don’t want to try to eat a piece the size of your head. 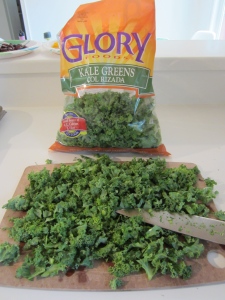 2. Roast your butternut squash by peeling and chopping into bite size pieces (unless you bought pre-cut). Toss with a few tablespoons of olive oil, salt, and pepper, then roast at 400 in a casserole dish or on a parchment paper lined cookie sheet for about thirty minutes. Let them cool.

3. Roast your beets. Beware they will stain your fingers when you peel them, even golden beets! But they are SO good, and pretty, it’s (almost) worth the effort.

4. Cook your rice. I used short grain brown rice for a nice chewy effect, but you could use ANY other grain like quinoa, millet, etc. I have a rice cooker that I’m terribly in love with, but you could use the quick cooking kind or pre-cooked. 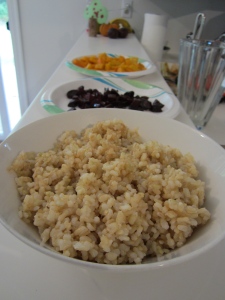 5. Microwave your other veggies like broccoli and peas. The best kind is the one you steam in the bag. I LOVE the single serve packages. 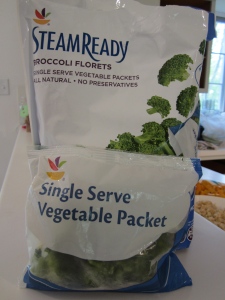 6. Assemble your assembly line. Put stuff in bowls, try to make it sort of organized. Put your kids in front of the TV so they stop asking you why there’s food all over the counter. 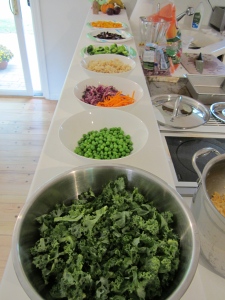 7. Then put it together! I put the kale on the bottom and then added everything else on top. I made 4 portions, but probably could’ve made another.

My daughter was very intrigued by my efforts and wanted to be in a picture. That purple stuff on her cheek is face paint. Created by me. Yes, I’m multi-talented. Just don’t ask for anything but a flower or a rainbow. 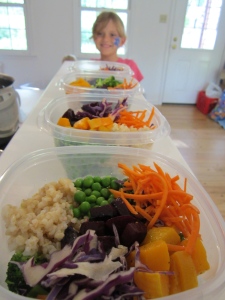 Then make sure you hide them in the fridge just in case your veggie averse husband or partner or housemate or child catches wind of your kitchen witchery and tries to steal your lunch. Which totally happened.

What are your guilty (or not so guilty) coffee shop pleasures? Do you prefer to write in cafes or at home?

And don’t forget about the…

This week’s giveaway book is Stephen King’s On Writing: A Memoir of the Craft, a clever and entertaining book filled anecdotes about his life interspersed with practical advice. 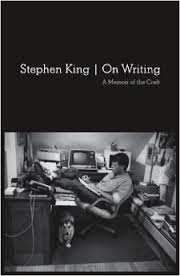 I had it in my collection for years, but for some reason it took me almost a decade to pick it up. Big mistake. If you haven’t read it yet, you’re in for a treat.

All you have to do is sign up for my email newsletter and you’re eligible to win. The results of this random drawing will be posted here on Tuesday, December 23rd.

Thank you to all who have already signed up! You can also follow my blog by clicking the button on the sidebar if you’d like to be notified every time I post something new.